It seems like there’s always something going on in London and January hasn’t been any different. Still, with sharp winds and plummeting temperatures there can be a temptation to hibernate during the first month of the year and who could blame you? 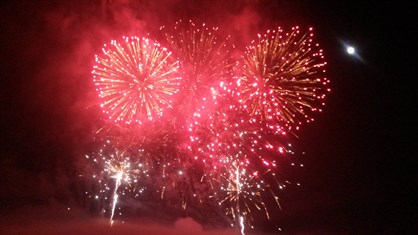 From February onwards, however, early forecasts suggest that things are on the up. Even the sun is expected to make fairly regular appearances (so much for a five-month-freeze).

With that in mind, it’s time to get out and experience the best that the big city has to offer. Here are 15 events in London for 2015 that you might want to add to your diary.

February isn’t all about Chinese New Year and in fact the Russian calendar gives us the first real reason to celebrate. The Maslenitsa Russian Festival marks the end of Winter. The occasion is marked by a number of events, including the Russian Ballet Icons Grand Gala at the London Coliseum.

London hosts the biggest Chinese New Year celebrations anywhere in the world outside of Asia. This includes a huge parade and main stage of entertainment in Trafalgar Square. That’s not to even mentioned the dozens of great Chinese restaurants in the capital, in Chinatown and beyond.

The never ending battle is back as Oxford and Cambridge take to the Thames once again in the BNY Mellon Boat Race, which is absolutely free to view from Putney Bridge, before enjoying any of the pubs and restaurants along the banks.

It’s the world’s greatest flower event and welcomes a host of celebrities and VIPS every year to experience the best blooms and most innovative displays around. At the heart of one of London’s most affluent neighbourhoods, this is Paris Fashion Week for plants; and has to be seen to be believed.

For fast horses and fancy hats, Royal Ascot is impossible to beat. The most glamorous event in London’s sporting calendar dates back more than 300 years. Every year, the race is attended by the Royal Family, including Her Majesty the Queen.

West London comes to life for the August Bank Holiday Weekend, complete with steel bands, calypso dancers and all the delectable Caribbean treats you could possibly eat.

This coming September, some of London’s most iconic buildings are opening their doors to the public as part of Open House London. These special behind the scenes tours provide guests with a unique glimpse into the inner workings of these world famous institutions. Opening dates are yet to be confirmed.

England is hosting this year’s Rugby World Cup and many high profile match-ups are being hosted in the capital throughout the tournament, including the World Cup Final at Twickenham. More than 2 million tickets have been made available for the event which makes it the most accessible Rugby World Cup in History.

Revellers travel from all corners of the globe to experience New Year in the heart of London and one major reason for that is the spectacular fireworks display which plays out on the banks of the Thames alongside Westminster Abbey.